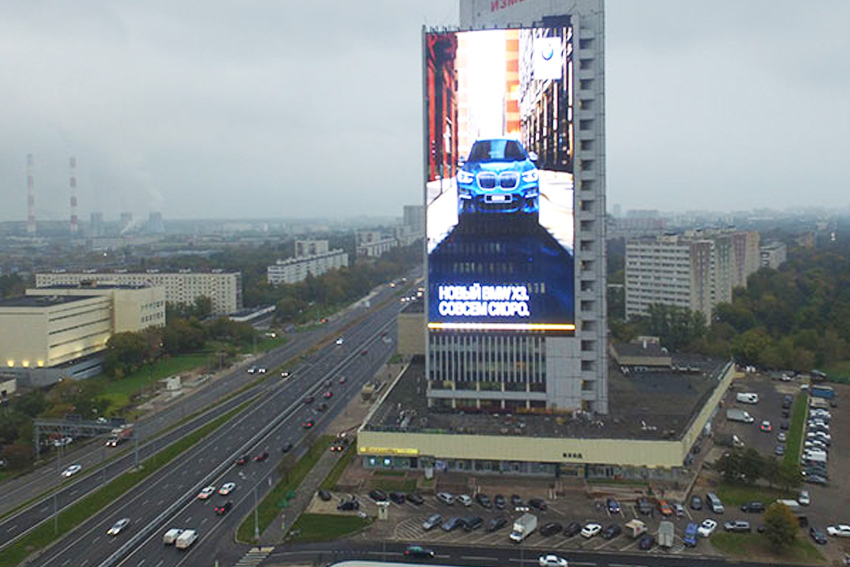 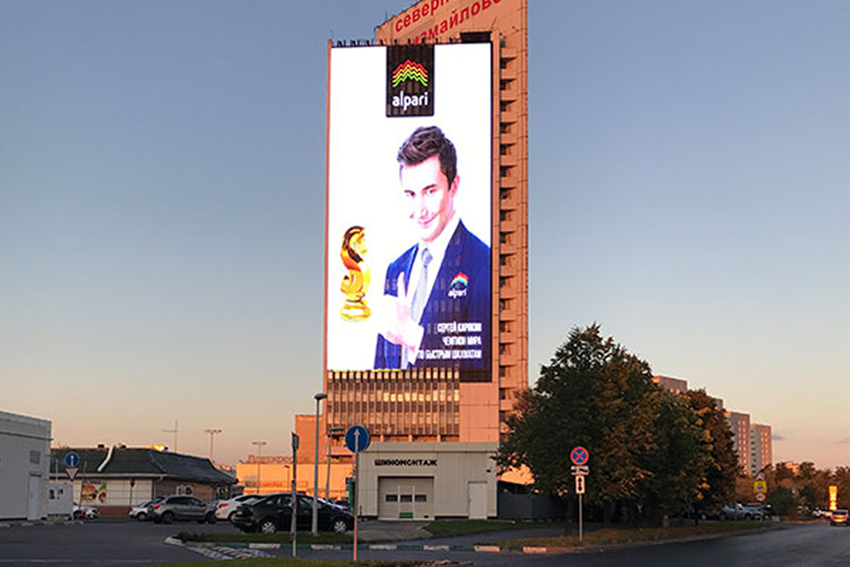 The Cosmos Hotel Moscow with 1,777 rooms is the largest hotel in Russia which was built to serve the XXII Summer Olympic Games held in Moscow in the year 1980, along with the monument nearby "Conquerors of Space" were all developed by a team of Soviet architects and French architects. The location of Cosmos Hotel Moscow is perfect because of that it is surrounding by Vystavka Dostizheniy Narodnogo Khozyaystva (VDNKh) exhibition center, Ostankino Telecom Tower, the Olympic Stadium and the "Sokolniki" Exhibition Complex. Hence the Cosmos Hotel Moscow was seeking for a large facade for showcasing the valuable info and attracting visitors as many as it can.

There is no doubt that curtain is a good choose for being used in a large scale display for enhancing the status of the Cosmos Hotel Moscow. Bri-curtain products have been applied in 20 more worldwide landmarks till now and let the audience achieve marvelous visual effects. The transparent rate (up to 67%) is able to allow the LED wall on the building to accept the abundant sunshine. Meanwhile, the transparent LED screen is also available to show the suitable size of image and video. Even the 850sqm of screens are easy to be thought to be a costly application, the implanted thought of energy-saving can meet the need of low energy consumption, coupled with that IP66 is designed for a long-term outdoor use, keeping away from water and dust.